Take Me Out to the Ballgame

Baseball in late October is a bit unusual in North Texas, but the Rangers have finally broken the trend.  This past week, Turner Sports (TBS) hired Jim to assist with the broadcasts of the American League Championship Series games from Arlington, Texas.  Since this was a playoff series and it was to be broadcast to a national audience, it was a very big show.  Turner rented two production trucks, an edit truck and an office trailer, in addition to the stage built in center field.  They ran 10 hard cameras, 2 hand-helds, 1 RF camera, 1 jib,  7 robotic cameras, 1 Skycam, 2 X-MOs and an aerial camera on a small, single engine airplane.

On this project, Jim was responsible for setting up video equipment in the announcer’s booth,  installing several runs of fiber optic cable from the trucks to the stage in center field, and coordinating between the RF camera operator and the RF video technician.  During the games, Jim backed-up the RF camera operator and he worked with the hand-held operators to quickly assemble a camera platform in the infield for the post-game award ceremony that took place after Game 6.  Following this series, Jim was hired to work at the World Series for MLB-International. 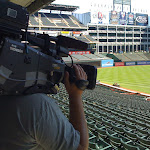 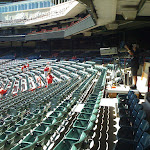 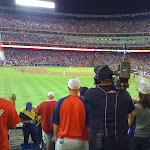 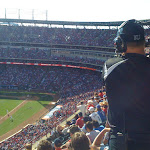 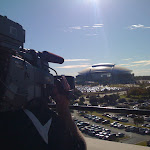 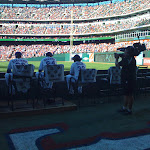 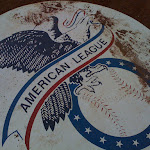 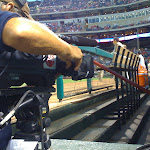 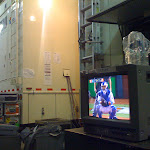 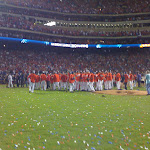 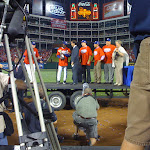 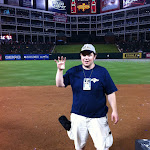