Jim Goes Back to school!

This college football season, I saw a lot more action than in prior years, literally!  I worked in two new venues,  got to meet an amazing head coach, and got tackled on the air!

I traveled up to Denton, where I once upon a time graduated from the University of North Texas, to work in the brand new, Apogee Stadium.  The new stadium replaces the outdated Fouts Field.  As an obvious upgrade, Apogee was built with TV-friendly connection panels all over the facility.  This means no more home runs all the way from the truck to the cameras! 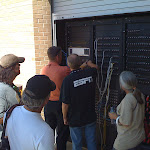 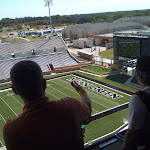 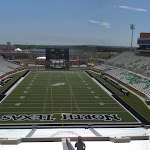 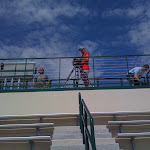 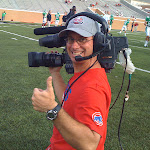 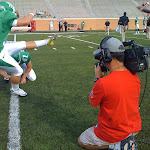 For this game, I was hired as a camera utility, but was surprised to discover that there were no handheld cameras.  Instead, I was tasked with holding a parabolic microphone.  This is something that I have done many times before and I have had a few close calls, however my number finally came up.  During the 3rd quarter, an Indiana quarterback started scrambling towards the sideline.  Instinctively, I started to back up, however someone behind was in my way and I couldn’t move.  Then the quarterback was hit, altering his trajectory towards me.  See the video below.

The parab took the brunt of the impact, shattering into several pieces.  Fortunately, no one was hurt. 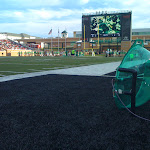 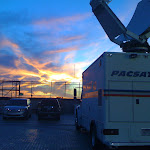 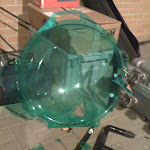 I spent some time at SMU and TCU as well this season.  Amon Carter Stadium was in its first stage of renovations.  The main grandstand was torn down at the end of the prior season and a new one was under construction.  The facility was partially complete during the games I worked there.  The upper deck  and suites were closed off, since they lacked railings and seating.  The press box was actually a temporary room, assembled with 2x4s and sheet rock.  There was no plumbing on that side of the building, so porta-pottys were the only option.

For the TCU games, I worked for Versus Network.  We shot some ENG stuff around the venue, since each broadcast included a package, highlighting the construction project.  We also did interviews with key players and the head coach, Gary Patterson. 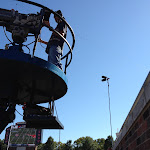 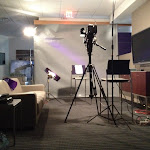 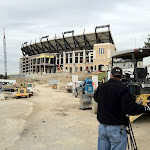 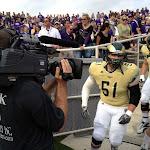 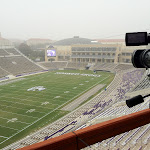 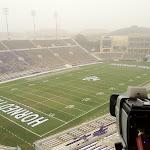 Last season, I worked the Texas Tech vs Baylor game at the Cotton Bowl. This year, I’m sure I was not the only person to be relieved by the game moving to Cowboys Stadium.  It is, logistically, a far easier venue to set up in, and it will probably host a dozen Super Bowls before it gets demolished.  Like last year, I worked for Fox Sports Southwest, on the camera cart, which roves the sidelines. 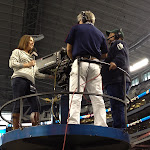 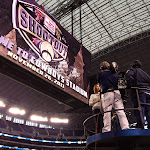 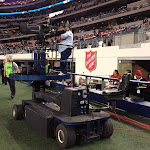 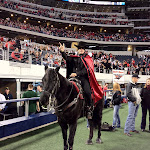 So, it was a good college football season. I had a few more college games, including the upcoming AT&T Cotton Bowl Classic, which I cover in another post. Stay tuned.